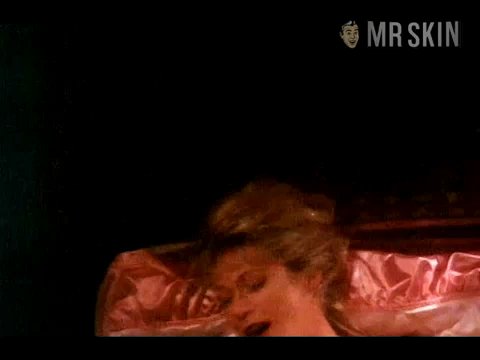 Marilyn Chambers' Bedtime Stories (1993)
Nude, breasts 01:14:00 Maz gives up some wobbling whompers and matching ass when she and her loverboy hit the sheets.

Marilyn Chambers' Bedtime Stories (1993) finds the former Ivory Snow box model, hardcore hippie, and softcore tease getting her girlfriends together for a lingerie party. It's the best kind of lingerie party, one that involves very little lingerie. Of the big plastic boobies that join Marilyn for some naked fun, most familiar to a mainstream audience is Kelsey Grammer squeeze Camille Donatacci in her nude debut. Camille also appeared in Howard Stern's Private Parts (1997) with costar Theresa Lynn, who, unlike Camille, took her clothes off for the King of All Media. The other heavenly bodies—Victoria Frost, Isabelle Fortea, and Donna Salvatore—may be less famous, but their bedtime stories will woo you into wet dreams.