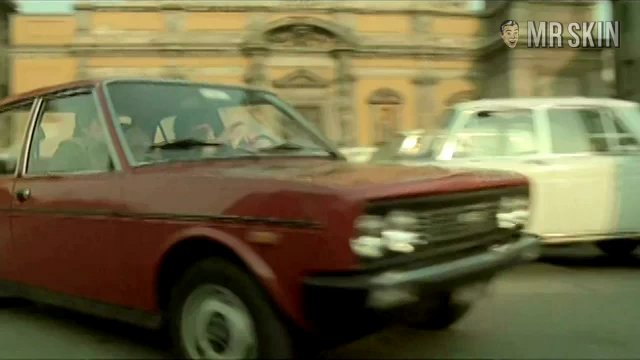 Liberi armati pericolosi (1976)
Nude, breasts 00:33:00 A bunch of detective break in and find our poor, bound heroine with her nubs still nude. And they don't even untie her! Buncha jerks. 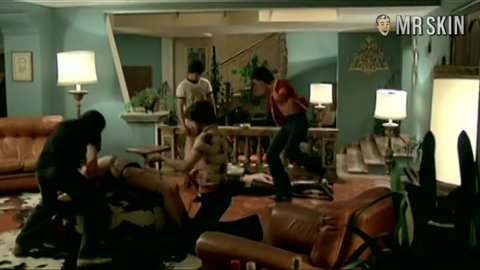 There are the generals of sexploitation who write, produce, and direct the movies we love to jerk off to. But let us not forget the foot soldiers in the war of sexuality, sweet infantry such as Italian pizza ass Maria Rosaria Riuzzi, who’s first campaign deserves a Purple Heart-On. In the comedy La Moglie vergine (1975), Maria fought the good fight with such vets as Carroll Baker and Edwige Fenech. She fought the battle of the bulge in Sorbole… che romagnola! (1976) and was a seasoned pro by the time she landed in the crime drama Liberi armati pericolosi (1976), where she took on two genital-men under the sheets and was tied up for a kinky tease. But that was nothing compared to her final farewell and breast exposure onscreen in Joe D’Amato’s Emanuelle’s Revenge (1976). Her threeway les-be-delicious orgy with Rosemarie Lindt and Annie Carol Edel is the sweetest revenge—served hot.

3 Pics & 2 Clips
Nude, breasts 00:30:00 See more of Maria's little Rosarias when, wearing only teeny panties, she's tied up by a group of creepos during a frat party going awry.
Nude, breasts 00:33:00 A bunch of detective break in and find our poor, bound heroine with her nubs still nude. And they don't even untie her! Buncha jerks.