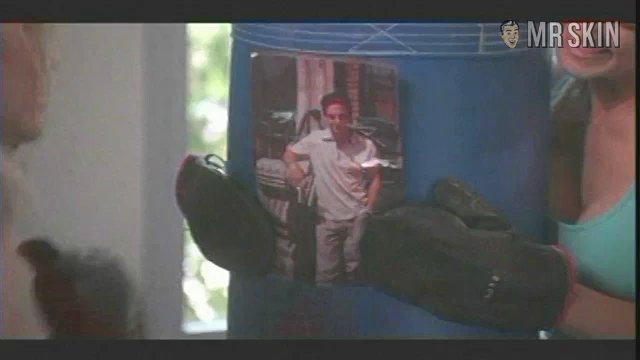 Maeve Quinlan is known to soap-opera fans worldwide as bodacious blonde "Megan Conley" on the popular CBS serial The Bold and the Beautiful. Appearances on shows such as JAG and General Hospital have also kept the curvaceous cutie busy on the boob tube. Her film career has thus far consisted mostly of small roles in low-profile flicks such as Instinct to Kill (2001) and Totally Blonde (2001), but things took a turn for the tawdry with her role in controversial director Larry Clark's latest, Ken Park (2002). Mammacious Maeve was featured fully nude, the recipient of a fairly graphic bout of lap licking. Hope this sparks a trend among other similarly hot TV-bound tarts.

The Bold and the Beautiful - as Megan Conley

South of Nowhere - as Paula Carlin