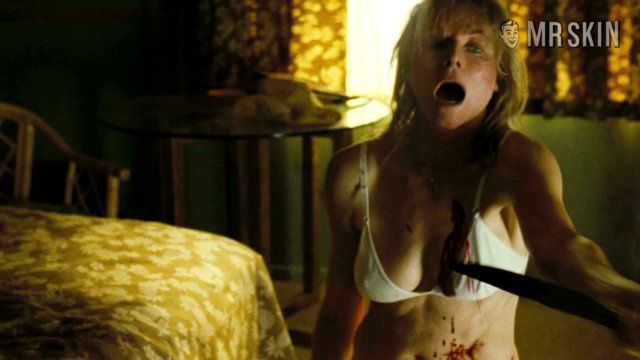 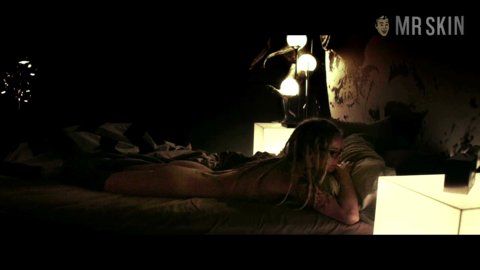 The Lords of Salem (2013) Nude, butt, breasts 00:05:00 Sheri gives a lingering look at her Moon while lazing about in bed, then sits up to show off a little bit of left breast. Ms. Zombie could raise anything from the dead! 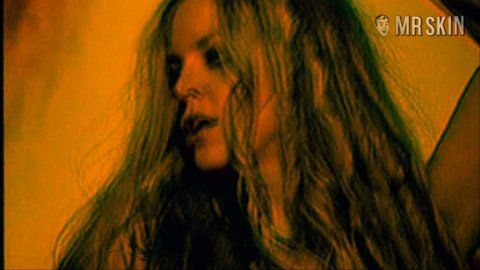 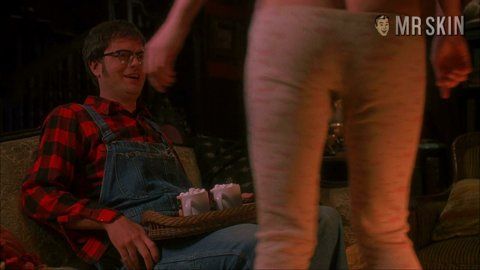 Sheri Moon Zombie never had any aspirations of being an actress. She was interested in doing cartoon voice overs, she says, but then a ten-year relationship that led to marriage with rock icon Rob Zombie ended all that. Thankfully, Zombie knows talent when he sees it and cast the curvaceous blonde as Baby in House of 1,000 Corpses (2003), where she definitely got her hands dirty. Sheri isn't named Moon for nothing—she flashed that round, hard, meaty delight in chaps and a G-string and also when her pair of low riders gave the camera a cracking good view of her butt cleavage. Look closely and Sheri even flashes her jugs. Sheri showed more skin for Zombie in The Devil's Rejects (2005) but kept covered for Halloween (2007). She got back into the swing of things in husband Rob's most recent flick, The Lords of Salem (2013) however, baring her hellacious hoots and glutes while slowly succumbing to demonic possession! There's no doubt Sheri's got us under her spell as well, and we're starting to swell!

12 Pics & 2 Clips
Nude, butt, breasts 00:05:00 Sheri gives a lingering look at her Moon while lazing about in bed, then sits up to show off a little bit of left breast. Ms. Zombie could raise anything from the dead!
Nude, butt 01:25:01 See Sheri's butt again as she stumbles out of bed with her shorts down low. Sweet seat!

9 Pics & 4 Clips
Nude, butt 00:11:07 The opening credits kick off right: with a nice peek at sexi Sheri's crackage hanging out of her ultra low pants!
Nude, butt 00:51:17 Sheri Moons Priscilla Barnes twice . . . after throwing a knife into her chest. Brutal! Brutally sexy, that is.
Nude, breasts, butt, body double 01:24:00 BODY DOUBLE: She hoists herself out of the tub with those award-winning buns all slick and soapy, and even flashes a bit of right nip to spice things up! Devilishly delicious!

12 Pics & 3 Clips
Nude, butt 00:24:50 Sweet upper butt-cleavage as she treats us to a rear-view of her way-low-cut pants while she approaches Mr. Nerd.
Nude, breasts 00:25:37 Several quick nip-shots during a whacked-out, MTV-type fantasy sequence. Watch for the lucky skeleton!
Live Cams - View all