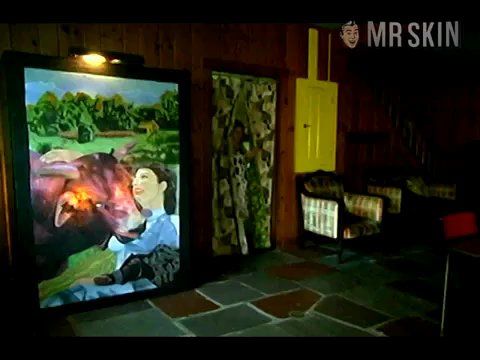 Meat Weed Madness (2006)
Nude, breasts, butt, bush 00:41:00 The works dancing in front of a painting then getting killed in the kitchen.

Liz Santoro made her debut and her swan song as an act-chest in the straight-to-video exploitation movie Meat Weed Madness (2006). There’s no mistaking this for mainstream fare, as the title clearly states, so you know you’re in for fun. The story is basically framework on which to hang a lot of full-frontal female nudity from Liz and the three other lovely Southern belles who smoke the meat weed and then face off against Bullpucky and his family of hillbilly hipster drug fiends. Liz is also a dancer, which explains her fine body, and is featured in the documentary about an experimental dance performance called A Movie Star Needs a Movie (2009).