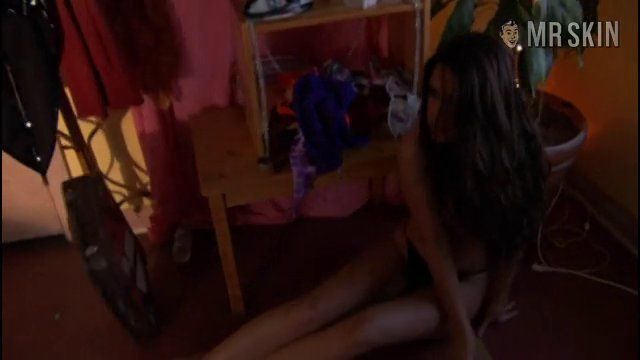 If you haven’t been keeping up with your reality show scorecards, sexy babe Lisa Donahue came to fame by winning the third season of the CBS reality series, Big Brother, a victory that came with $500,000! Being surrounded by cameras and getting the attention of a worldwide audience is a difficult thing to give up, so it was only natural for Lisa to translate her fleeting fame into a career as an actress. The thin, dark haired babe made her acting debut on the popular series Entourage, which ultimately led to guest spots on the boob tube dramas Dr. Vegas and Unhitched. On the silver screen, Lisa got Mr. Skin’s attention when she doffed her bikini top and got down in a leztastic threesome in the horror thriller Jekyll (2007). Her perky breasts and banging body will have you big in the pants, brother!