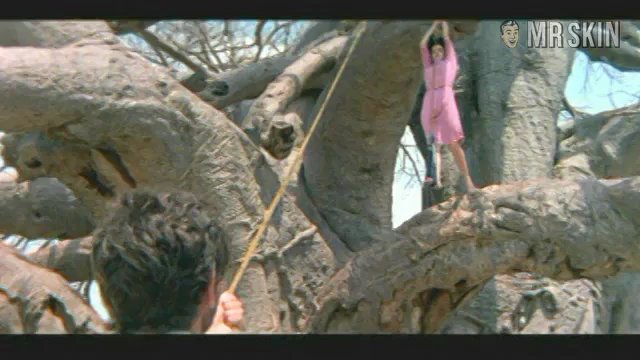 The Gods Must Be Crazy II (1989)
Sexy Lena Farugia is skintastic in this sexy scene! 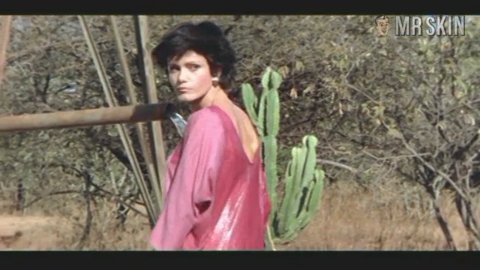 Lily-white South African cutie Lena Farugia hasn’t made all that much of an impact on the world of skinternational film, logging just two onscreen appearances throughout her short-lived acting career. The 1977 French mini-series The Pawn introduced the youthful Ms. Farugia, but it was one scene in her only feature film (The Gods Must Be Crazy II [1989]) that we remember most fondly. Hanging goofily from a tree, the lovely Lena gave us an eyeful of her skimpy underthings as she awaited rescue from her clueless hero. It was a nice, surprising bit of sexiness in a movie not all that concerned with sexiness, so thanks Lena!