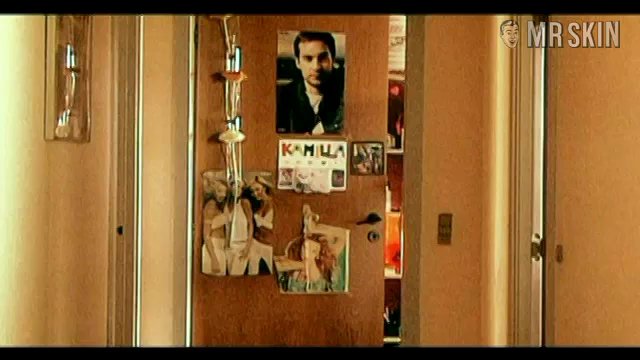 Hailing from Denmark, the land of danishes and Legos, is Lea Baastrup Ronne, and this Danish delight sure knows how to make an impression! Though she's only appeared in five films since her debut in 2003, they've been some fairly memorable ones, including the 2010 comedy Klown that was a cult crossover hit here in the United States the following year. This brunette beauty showed that she was a force to be reckoned with right off the bat in her debut film Kick'n Rush (2003). She played Kamilla in the soccer comedy, and in one key scene, she goes to check on a guy throwing up in the bathroom while wearing some sexy black print underwear. Her bra shows off some tantalizing cleavage, though that's about all we've gotten from her so far. We hold out hope that she goes the full monty sometime soon, but until then, we'll just dream of what it would be like to connect lego pieces with this Danish sensation!