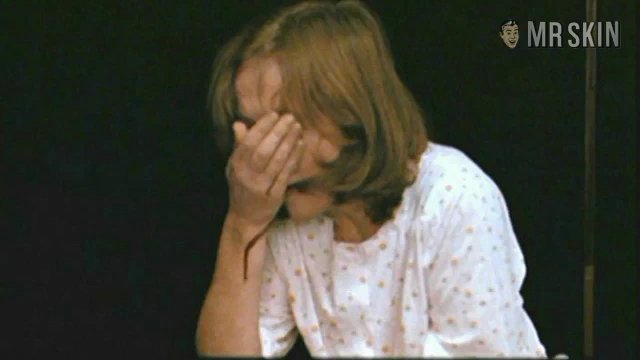 La pianiste (2001) translates to The Piano Teacher and was nominated for a BAFTA award for Best Film not in the English Language in 2002. Isabelle Huppert is the film’s namesake. She makes her living by day giving piano lessons then lives out her bizarre sex life at night. When a new student comes along that she can’t resist, she invites him into her kinky world as the two proceed to live out their fantasies. For a film about sex and kink, there isn’t a whole lot of nudity, but Isabelle does have a few moments that will have you playing your instrument. First she gets hit in the mouth and splits a lip. With no napkins around she pulls up her shirt and flashes her hooters while trying to stop the bleeding. A little later she lays on her back and gives us a peek at her lace panties while her horny student fills her mouth with his…shall we say… outpouring of sticky talent. It may not be a full orchestra, but La pianiste will have you playing a fine solo!