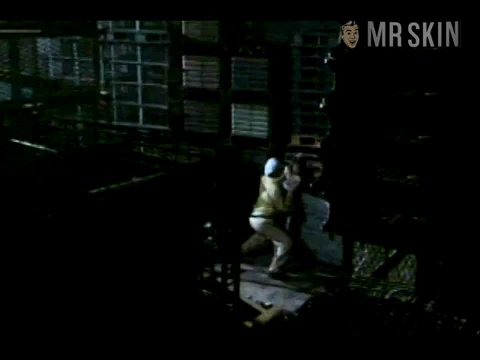 Nao Kojima proves the axiom that you can squeeze your own tits, and you can squeeze someone else’s tits, but... No, that’s not the right one. Was it that TV commercial, please don’t squeeze the boobies? Not that one. Whatever it is, the Japanese act-chest is not having it. She bares her orbs in Wakazuma Yanmama Gurentalj (1997) and all hands are on her. Her man in the alleyway is puffing up those pillows so he can rest his weary head on them. Later we see her jugs again, this time coming out of bed, which is like pie fresh out of the oven, hot and tasty. Eat up, boys.