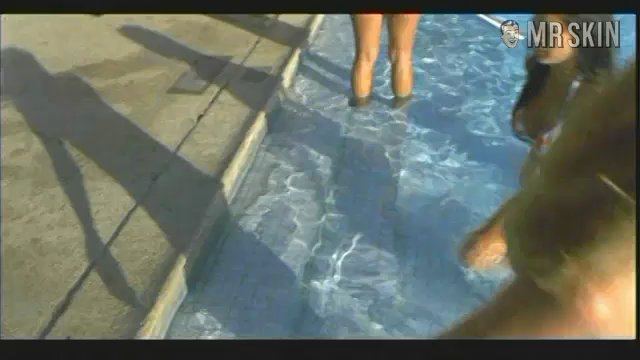 Hawaiian honey-hued actress Stacy Kamano is the result of nature’s finest forces--an exotic, perfectly cooked, and proportioned gift from the gods worthy of at least one human sacrifice annually. Plucked from prepubescent paradise at the age of eleven as Miss Tropical Pre-Teen Hawaii, Stacy has since steadily and scantily worked her hula skirt off as a top-paid fashion fixture for the likes of Versace, Armani, and Ferrangamo. She has also dipped her toes in the waters of television acting, offering a welcoming lei of relief on such shows as Beverly Hills, 90120; Fantasy Island; and, of course, Baywatch Hawaii--where she showed the imported white girls how a true Hawaiian hottie should save lives and break hearts. Her latest tease came in the form of the TV movie Return to the Batcave (2003), in which she seduced the famed caped crusaders with a little voluptuous villainy all her own. No matter what type of television fodder she appears in, Stacy brings an otherworldly, sun-baked beauty and erupting, volcanic charm to any production.