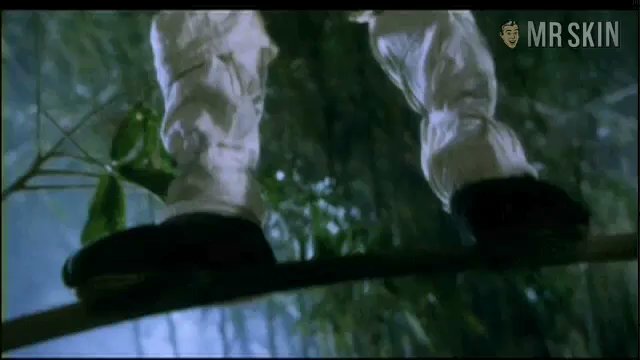 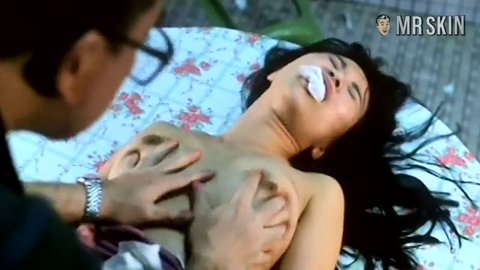 The Untold Story (1992) Nude, breasts, butt, bush 00:34:00 Sure, you can see every single bit of Julie's exposed body, but she's getting brutally assaulted, so it's not all pretty. A very long scene, but not a very fun scene. 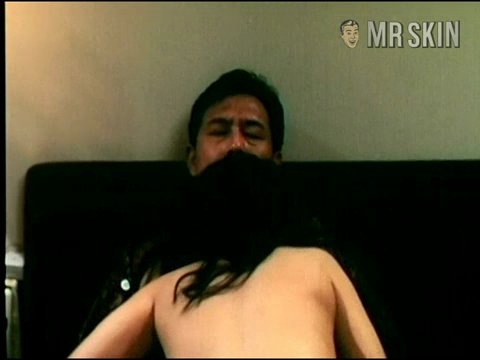 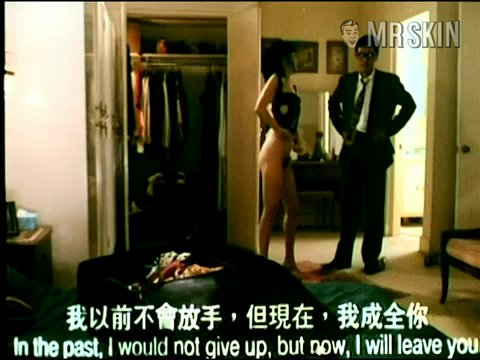 Emotional Girl (1993) Nude, breasts, butt, bush 00:30:00 She flips out on her man, screaming and throwing things and pulling on a skimpy dress that does a wonderfully piss-poor job of hiding her three mindblowiningly gorgeous B's.
+44
More Pics &
Clips >>

Julie Lee was born and raised in Hong Kong, so her acting career has pretty much been parked right there. She first appeared at the age of 36 in 1992’s Ba Xian fan dian zhi ren rou cha shao bao, which is Cantonese for The Untold Story: Human Meat Roast Pork Buns. (I did not make that up.) In 1993, she appeared in various stages of undress in the film Na ge shao nu bu duo qing zhi tuo de yi huo, which means Emotional Girl: Doubt of Undress. (I feel that is an appropriate title…) Although it features her only nude scenes, there are aplenty, so it is worth checking out. She has since gone on to a fairly prolific career in Hong Kong cinema, appearing most recently in the 1995 almost-porno Man qing swhi da ku xing, which features the now famous “Kung Fu Fight/Fuck scene” where a man and woman who are fighting “Crouching Tiger” style in the trees begin ripping each other’s clothes off, then proceeding to have sex in mid-air. Julie isn’t involved in the scene, but it is definitely worth checking out.

11 Pics & 2 Clips
Nude, breasts, butt, bush 00:40:00 Crouching 'Giner, Hidden Funbags! . . . Julie bares all three B's in this intense airborne acrobatics routine/sex scene in a forest.
Nude, breasts, butt, bush 01:12:00 After her martial arts-inspired meat injection, Julie comes back down to earth and beats the crap out of a group of rubberneckers with her three naked B's. Stupendous!

6 Pics & 1 Clip
Nude, breasts, butt 00:37:00 Great boobs and butt action from Miss Julie Lee, who bares it while having some mystical, magical sex while flying through the air. Awesome!

1 Clip
Nude, breasts 01:04:00 Uhhhh . . . yeah. If you're the kind of person who's into the boobs without the girl attached, peep this: a dude carves up Julie, post-mortem, and holds her quivering disembodied tits in his hands. Uhhhh . . . yeah.

11 Pics & 1 Clip
Nude, breasts, butt, bush 00:34:00 Sure, you can see every single bit of Julie's exposed body, but she's getting brutally assaulted, so it's not all pretty. A very long scene, but not a very fun scene.
Live Cams - View all