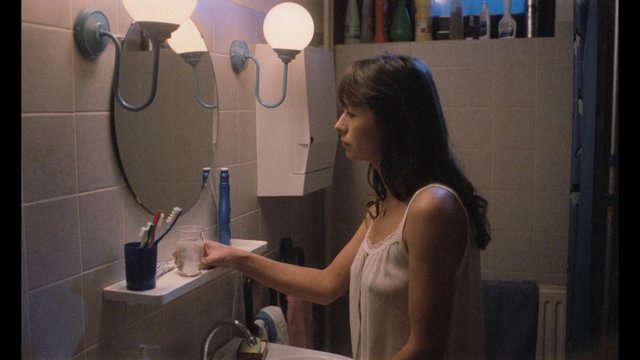 Josine van Dalsum started her career way back in 1973 with a supporting role on the Dutch television series Een Mens van geode wil, and aside from a very few cinematic outings, pretty much spent her entire career on the boob toob. Some of her better known credits include the mini-series Van oude mensen, de dingen dievoorbij gaan and L’Homme d’Amsterdam, as well as the series Brainwave and Hollands glorie. Sadly, after her turn in the more cinematic De Leeuw van Vlaanderen in 1984, her career went kaput. Unfortunately, it went kaput before Josine could ever do any serious Skinage on screen, although she almost showed off some hootage through a sheer nightie in 1983’s De Lift. However, unless you’re into “Killer Elevator” movies, then have your finger on the fast forward button.