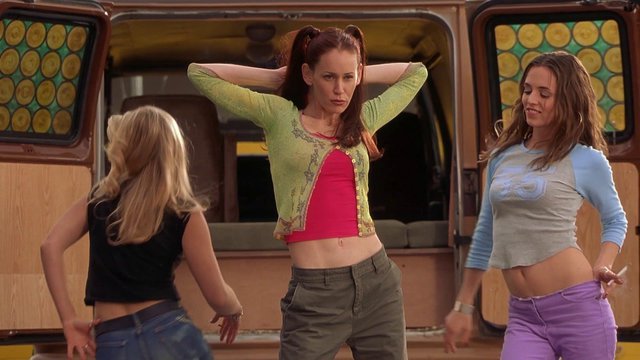 Jay and Silent Bob Strike Back (2001)
Sexy 00:21:45 Jennifer Schwalbach Smith is skintastic in this sexy scene! 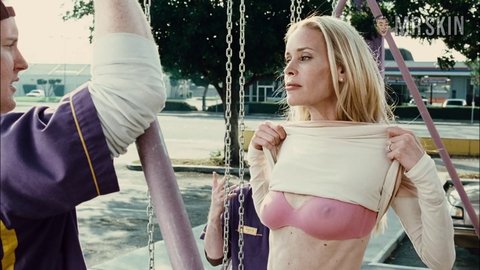 Jennifer Schwalbach Smith started her adult life out as a reporter for USA Today, but as fate would have it, when she met director/actor Kevin Smith for an interview, she would fall head over heels for him, they would be married, and he would subsequently hand her an acting career in the form of one of the lesbianic jewel thieves in his 2001 picture Jay and Silent Bob Strike Back. The movie offers up several tantalizing looks at Jennifer’s more than adequate body, although she never gets down to less than some sexy undies. The DVD release contains some hot deleted scenes, though, including a few where Jennifer and Ali Larter lock lips for some lesbianic throat licking. It’s worth a look-see, to say the least.