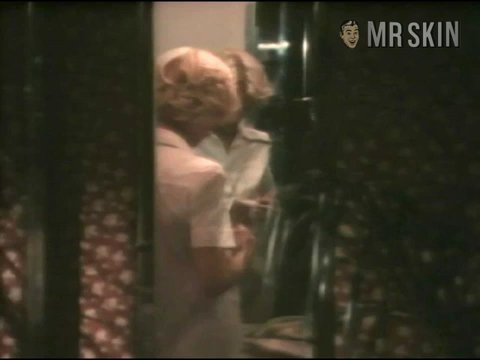 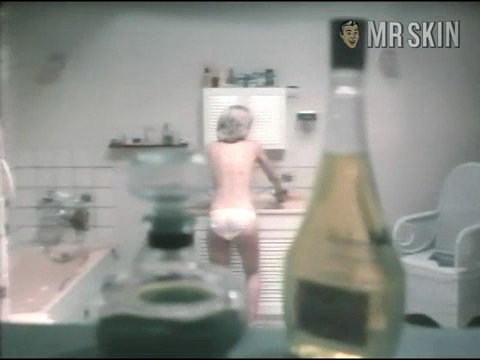 Jennifer Holmes started her career with a skin-wonderful role in The Demon (1979). The big-breasted beauty immediately caught the carnal attention of the wankensteins at Skin Central with her two topless scenes. With boobs as behemoth as her powerful pair, one glance would have been enough for a lifetime. But two, especially the latter one where she's running around for a very long time with very little on, are what lusty legends are made of. Sadly, it was her only venture into onscreen nudity. Jennifer went on to appear on TV shows such as Hart to Hart, Hawaiian Heat, and The Love Boat, but it was her early-'80s run on Newhart that gave her widespread exposure--though not the kind of exposure Mr. Skin likes. After an episode of Baywatch in 1993, Jennifer disappeared from the business of show. What a waste; she has so much more to show.

5 Pics & 2 Clips
Nude, breasts 01:28:00 Long topless scene as she falls through the roof and runs around the house.
Nude, breasts 00:22:00 Decent shots of her perky peaches in a dressing room mirror.

Misfits of Science - as Jane Miller