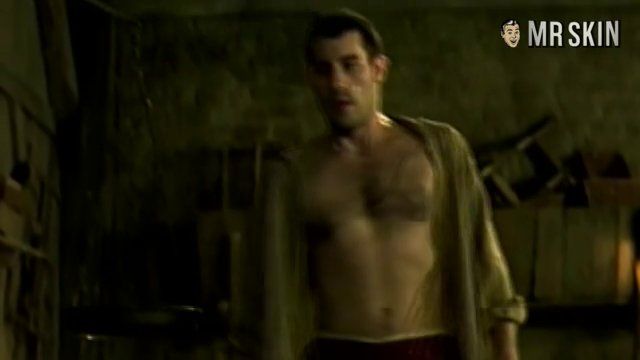 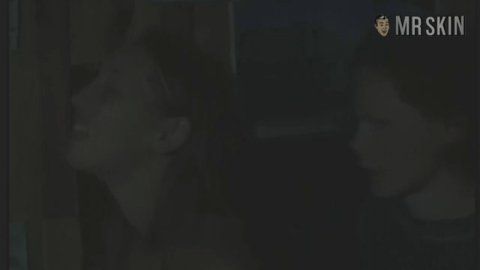 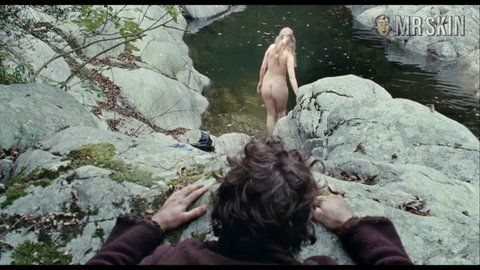 Deep in the Woods (2010) Nude, breasts, bush, butt Le Besco shows off Le Buttco and Le Fronto when she takes a skinny dip under a waterfall.

Deep in the Woods (2010) Nude, breasts, bush An unconscious Isild lies on the bed, fully frontal, while a pair of dudes eyeball her and munch her muff.
+122
More Pics &
Clips >>

Beautiful French actress Isild Le Besco, unlike her older actress sister Maïwenn Le Besco (who played an alien in The Fifth Element [1997]), has figured out how to keep the audiences "coming" back for more with her boobs and bush! Isild has already shown more skin than the vast majority of American actresses her age with an impressively long resume that will make you hard. French actresses, right? They know how to take it all off! In 2003 television audiences in her homeland got a double eyeful of her fabulous au natural front in the made-for-boob-tube flick La Maison du Canal (that's French for "Home of the long dark tunnel of love" or something like that). The year 2000 was also quite skinorific for Isild. She got finger fiddled by the Marquis de Sade in Sade (2000) and played the sluttier half of a quasi-lesbian fifteen-year-old couple in Girls Can't Swim (2000). Who cares if she can swim; the most important thing is that she goes into the water topless! Merci beaucoups to her beau-boobs!

4 Pics & 1 Clip
Nude, breasts, bush 01:05:42 Some good looks at Isild's breasts as she lays dead on a slab, though the shot keeps cutting before we can see her bush!

3 Pics & 2 Clips
Nude, breasts, butt Isild de-shirts to show off those humblingly hot hooters and a touch of tush when she and her dude have a quickie in bed.
Nude, breasts Isild bangs some guy in a chair, then gets up and goes in another room for another guy. Lots of truly amazing boobs, and some pussy! Unfortunately, "pussy" means "cat" in this case.

7 Pics & 2 Clips
Nude, breasts, butt, bush 01:18:00 Nubile knockers, lush bush and sweet tush . . . she bares it ALL banging a dude who she fantasizes is Emmanuelle Seigner (can you blame her?)
Nude, butt, lesbian 01:01:00 Watch Isild (with the darker hair) and her sublime submerged seat go bobbling by when she dips skinny with Emmanuelle. She's Le Best-co!

8 Pics & 5 Clips
Nude, breasts 00:11:23 Lots of right boobage as a lucky baby slurps on the left.
Nude, breasts 00:21:55 More breastfeeding the baby, more naked right knocker from the babe!
Nude, breasts 00:44:36 A quick cut of Isild's Le Breastcos when a freaky dude imagines her clothes magically disappearing.
Nude, body double, breasts 01:01:48 BODY DOUBLE: Awe-skinspiring closeup of lactating left nip as the baby pulls away. Unfortunately, it's a stand-in boob.
Nude, breasts 01:18:27 Best look yet at Isild's succulent pair when she slips her nightgown down to offer a teat taste to her man.

5 Pics & 8 Clips
Nude, breasts 00:18:00 Isild is I-opening when she doffs her top by the water while a guy watches.
Nude, breasts 00:21:00 The camera captures an incredible bird's-eye view of Isild's rippling, naked boobs when she hides in a bathroom with her guy.
Nude, breasts, bush 00:57:00 Nice french funbags while enjoying some rough sex . . . the Skin Labs have slowed it down for you to peep a flash of fur, as well.
Nude, breasts 00:32:00 Nubile Isild runs toward the camera and her right boob flops completely out of her bikini top. "Wild" stuff!
Nude, breasts 00:59:00 Catch one fleeting, final flash of left Besco boobo as she's lying on a bed.

9 Pics & 1 Clip
Nude, breasts 00:52:00 Isild gets a helping hand rinsing out her hair. She's doing it topless, and I'd like to give her a helping hand with those mini-mams!

L' Hebdo cinéma - as Herself