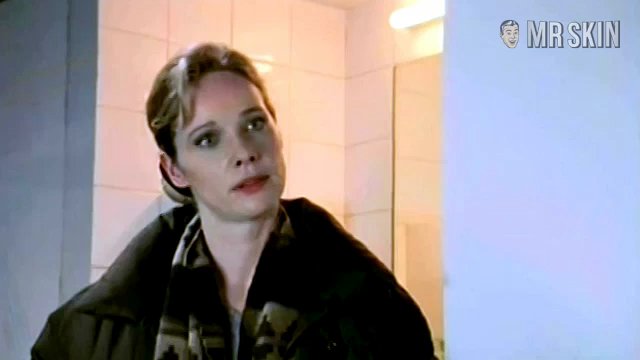 Isabel Schosnig began studying acting, music, and theatre right out of high school and began appearing on the stage regularly while still in college. She completed college in 1998 and had already built an impressive resume that has allowed her to work steadily in film, TV, and theatre since. Isabel’s performance as Conny in Auf schmalem Grat (1999) caused us to take a firm hold and pay attention to her very impressive set of skills. We get a full frontal from Isabel after her character has died. She is laid out in a morgue, but since she is wearing only a toe tag, she isn’t the only one that will be stiff. A little later, as the investigation into her death continues, a police officer views some pictures of her dancing around her house naked. Once again, Ms. Schosnig’s sweater puffs and hairy triangle are in plain view. It’s a little morbid because he character is dead, but that shouldn’t bother your lower head!