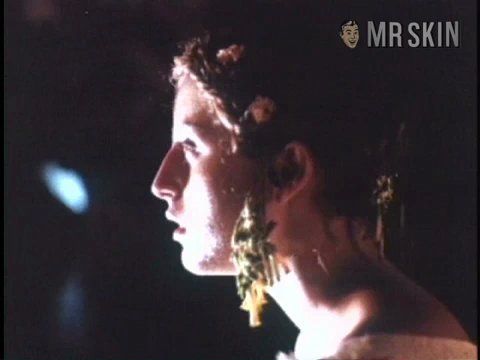 1982 was a big year for Irini Tripkou. Along with baring her rackopolis as a sacrificial maiden in the 1982 fright flick Blood Tide, the Hellenic hottie was also appearing in Greek-language films like O kamikazi tsantakias (1982), Kai o protos matakias (1982), and Itan axios (1982). No one’s seen her since, but neither have they forgotten the funbags that could have launched a thousand ships.