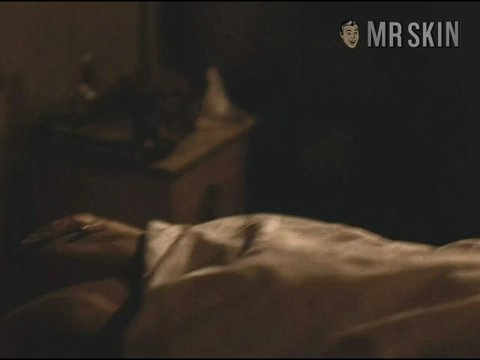 Husbands and Wives (1992)
Nude, breasts 01:07:00 Brief breasts in bed with Liam Neeson. Quick look and VERY dark. This is for the true Judy Davis fan only.

Husbands and Wives (1992) is another of the mid-career classic comedies from funnyman Woody Allen. It's got all his trademark one-liners, neuroses and twisted characters--and one surprise . . . Judy Davis's tits! As sex-saturated as the Woodman's work has been over the decades, he's almost prudish when it comes to exposing his actresses' charms onscreen. That changed with this story of two couples, one of which is going through a divorce. Judy strays from her husband and into the cunning linguist lips of he-man Liam Neeson. As he's dining at Judy's Y, the shaky camerawork is still long enough to catch Judy's jugs. It's no joke!