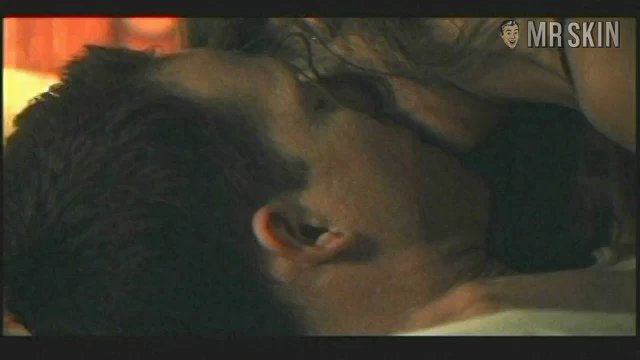 The sixth installment of the Hellraiser series, Hellraiser: Hellseeker (2002), is marked by the return of the Kristy Cotton character, played by the ever sexy Ashley Laurence, who appeared in the first two films. The puzzle box that summons the spirits from the world beyond winds up in the hands of a businessman. The businessman, Trevor Gooden, was the husband of Kristy Cotton, but she got killed in a car accident, and he wound up an amnesiac as a result. Now he has this little box and he’s surrounded by sex, greed, and all other forms of depravity. His soul searching leads him to the sordid cast of characters like Pinface and his ilk. Basia Antos is walking across her apartment with her bra off and attempts to cover up by closing her see through curtain, Jody Thompson shows a brief flash of boobs when undressing in a kitchen, and Kaaren de Zilva also unfurls a funbag before sticking a screwdriver into a dude. Other than that there are also a few underwear clips from Laurence and Sarah-Jane Redmond. This movie will raise the pins in many pants.

Nude - as Woman in Window