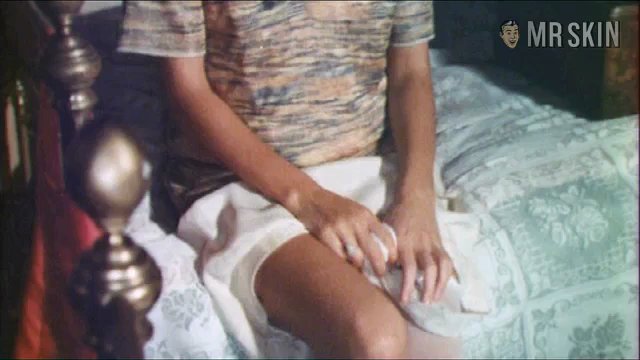 The Virgin and the Gypsy (1970)
Nude, breasts 00:14:00 No Hair-iet, but plenty of excellent, adorable little right boob when cutie Harriet changes clothes.

Heavenly hootered Harriet Harper made her acting debut in a 1964 episode of The Alfred Hitchcock Hour. Then, after a bit part alongside Maximilian Schell in the thriller Return from the Ashes (1965), Harriet made a few more TV appearances, then bared her right boob in The Virgin and the Gypsy (1970), a movie based on a posthumously discovered novel by D.H. Lawrence. Mr. Skin doesn’t know whether Harriet is the virgin or the gypsy, but he sure likes her nip-sy!