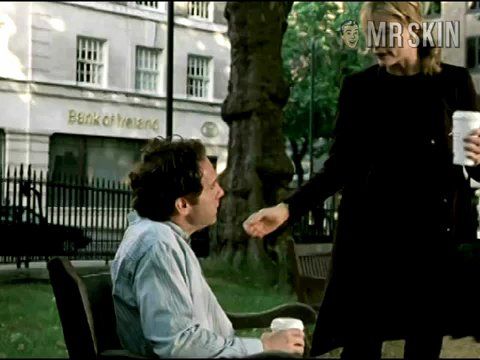 Fourplay (2001)
Nude, breasts 00:45:00 Violently riding the heck out of some dude in bed, Mariel lets a little left nippage loose.

You might remember Mike Binder from the HBO series The Mind of a Married Man. That mind was dirty on the boob tube and is just as perverted on the big screen, as illustrated in Fourplay (2001), which he wrote, directed, and starred in. He plays a successful sitcom writer sent to England to work on a TV show starring Mariel Hemingway, whom he quickly has an affair with even though he’s smitten with makeup girl Irène Jacob. It’s a hard choice that will make audiences even harder as Mariel and Irène both flash just a hint of nip to tease viewers into doing some foreplay with their foreskin.