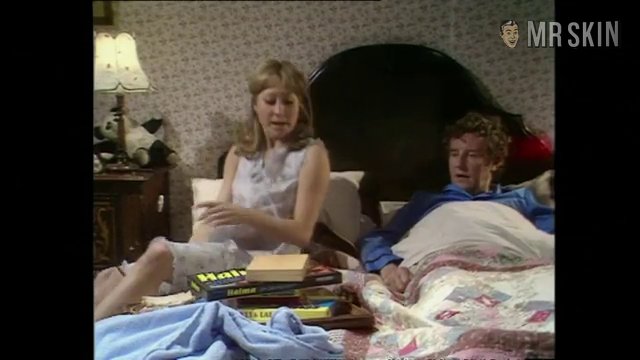 Born in Warwickshire, England in 1946, Felicity Kendal has been around the block and then some! With a career that dates all the way back to 1965, she's definitely paced herself, racking up a hair over thirty credits in the nearly forty years since making her debut. She has appeared in a number of television shows, films, and stage productions, most recently appearing on a 2008 episode of Doctor Who. Our only look at Felicity's flappers came during her four seasons on the BBC series The Good Life, also known as Good Neighbors. Here we got a nice down blouse shot of her left lobber as she bends down to put a tray on a bed! You're going to want to handle your humdinger as you get a load of Felicity Kendal!

Honey for Tea - as Nancy Belasco

The Mistress - as Maxine