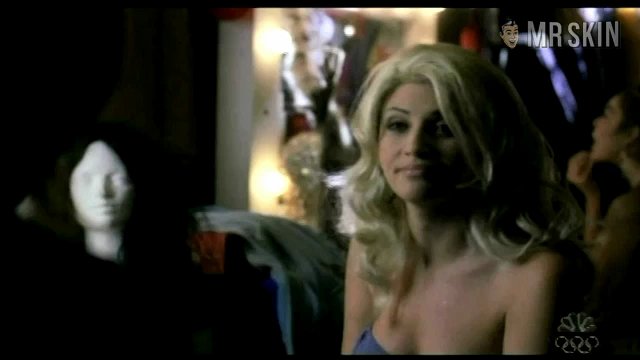 Law & Order: Special Victims Unit (1999-)
Sexy Ep. 07x15 Catch a bit of some partial robohooter cleavage when she chats with detectives. Not bad for prime time! 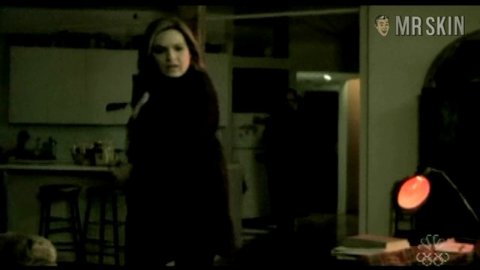 Faina Vitebsky, or Faina Reinhardt as she's now known, certainly knows her way around the television dial! This devastatingly gorgeous babe has been on some of the most popular television shows of all time from The Sopranos to Law & Order: Special Victims Unit and most recently Louie. She's also appeared in a handful of films like Sex & Sushi (2006) and A New Wave (2006). Unfortunately she has yet to doff her duds, likely because she's spent so much time on television, but she did come awfully close on a 2006 episode of Law & Order: SVU. Faina looks positively perfect as she shows some captivating cleavage in an open shirt, but she turns her back to take it off, leaving us with only some scintillating side boob to keep us company! What a pity! Faina Vitebsky leaves us caught once more in her web-ski!