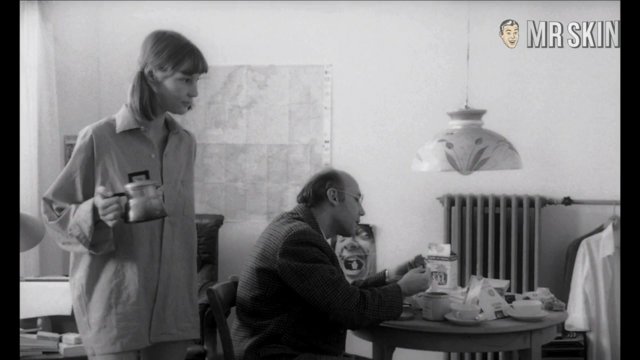 Quiet Days in Clichy (1970)
Nude, butt 00:35:18 Pigtailed cutie Elsebeth bares some bunnage peeking out under her shirt as she serves coffee.

Born in Denmark in 1947, Elsebeth Reingaard's career only spanned nine years from 1964-1972, but she definitely made the most of the time she had! Her most famous films include Om ti minutter (1966), Naboerne (1966), and Jazz All Around (1969). Sadly, Elsebeth passed away in 2004, but you can relive her most skinsational role of all in her honor! Check her out in the film Quiet Days in Clichy (1970) where she enters an apartment wearing a dress shirt and nothing else! We get a quick flash of fur as she walks in the door, and a shot of her heinie when some guy lifts her shirt up! Elsebeth Reingaard will get your hog hard!

2 Pics & 1 Clip
Nude, butt 00:35:18 Pigtailed cutie Elsebeth bares some bunnage peeking out under her shirt as she serves coffee.
Live Cams - View all