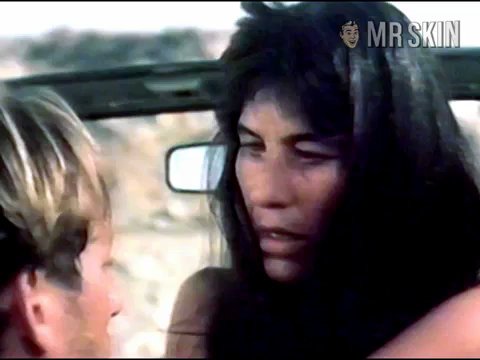 Phantom Fighters (1990)
Nude, breasts 00:21:00 Elki sloooowly peels off her top to show off her Phantom Flappers to her man.

Elki Jacobs could serve us anytime. She made her debut as a bartender in The Delta Force (1986), an action flick directed by Israeli exploitation maven Menahem Golan and starring Chuck Norris, Lee Marvin and Martin Balsam. She followed that up with a sci-fi flick called America 3000, where Amazons rule. Sounds like the future can be a utopia instead of the dystopian ones currently in vogue. Even better was Phantom Fighters (1990), also known as Doomsday, another Israeli production in which Elki gets as skinful as she ever did in her too-short career, which ended with a spot on the TV series Kachol Amok in 1997.

1 Clip
Nude, breasts 00:21:00 Elki sloooowly peels off her top to show off her Phantom Flappers to her man.
Live Cams - View all