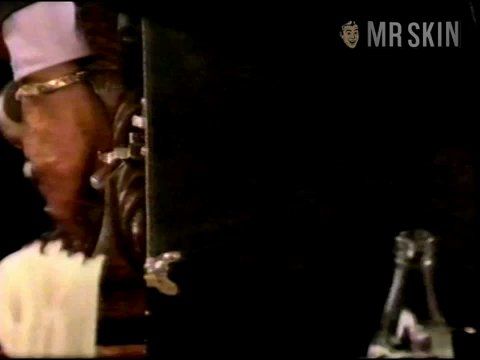 El Complot mongol (1978)
Nude, breasts 01:12:00 Elsa's topless in bed, arguing with two dudes, one of whom roughly pinches her left tit in his meathook. Easy on the boobs, dude! Jeez!

Based on a popular Mexican crime novel by Rafael Bernal, El Complot mongol (1978) follows an unsavory assassin as he crosses off the names on his hit list. Xenophobic in theme and gritty in style, Antonio Eceiza’s adaptation proved wildly popular with fans and enormously controversial with censors, who blanched at its vulgar language and saucy sex scenes (including one with Elsa Benn). Even while being pushed around by mob enforcers, raven-haired Benn can’t help but looking ridiculously sexy.