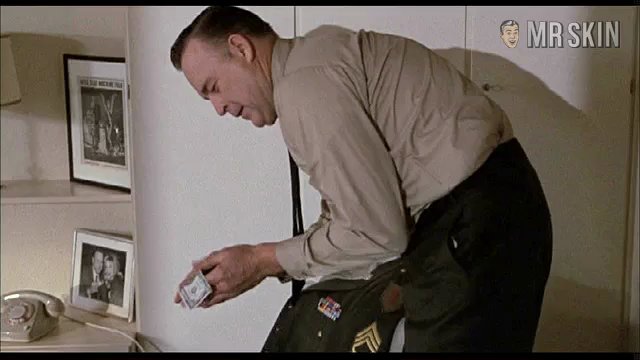 Richard Brooks’s bank-heist comedy Dollars (1971) stars Goldie Hawn as a hooker named Dawn Divine who plots with a bank expert (Warren Beatty) to rob three dangerous criminals’ safe deposit boxes, located in a German bank. After the successful robbery, the criminals begin to suspect that Dawn was involved and plot to steal back their ill-gotten gains. Check out the glimpse of Hawn’s heinie as some guy lifts up her dress while she’s sleeping. That’s got to be worth a few dollars!