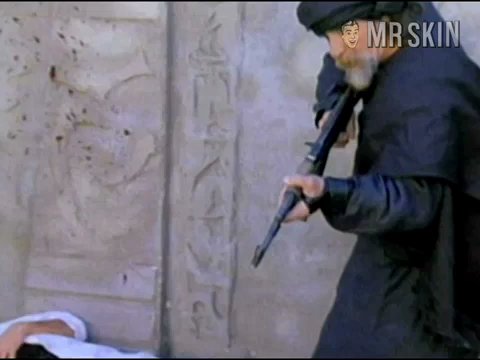 The Middle East just got a little bit scarier (as if that’s possible) thanks to Demons at the Door (2004). This straight-to-video horror flick tells of a portal between Heaven and Hell that is mistakenly opened by archaeologists, who truly are the region’s greatest terrorists. But it’s hard to get mad at a scientist who brings his big-breasted daughter to the dig to be dug by leering perverts everywhere. Played by Leslie Brockett, the egghead’s offspring will put new spring into audiences’ pants, especially when they catch her fighting off the creepy advances of a demonic masher while nude in the bathroom. These demons are knocking at the door to get evil with some large knockers!