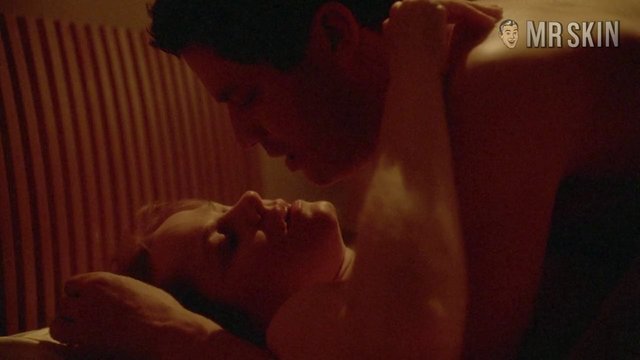 Redheaded, with a malleable, meaty face that can look plush with passion, bulging with irritation, settled in contemplation, or swollen with yearning, actress Deirdre Lovejoy brings a gravity to her roles that accounts for her several stolid appearances as lawyers or reporters in such broadcast-television fare as Kingpin, Law & Order, Strong Medicine, Spin City, and Third Watch. Deirdre expanded her type in film work but has always remained solid in small parts in Number One (1998), Random Hearts (1999), and The Talented Mr. Ripley (1999). Deirdre managed to make the role of Assistant State Attorney Rhonda Pearlman both heavy and lighter than air by fishing out her fleshy floater in a topless tryst with a dick-motivated detective on HBO's cops-and-dopers drama The Wire.

Close to Home - as Ellen Porter