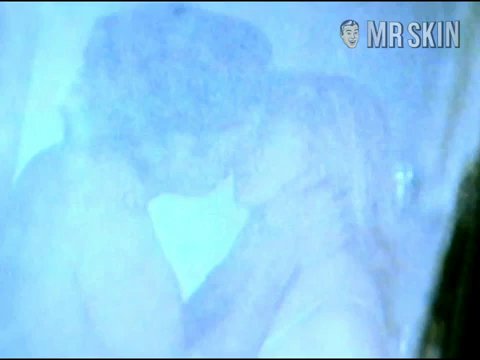 Kelly Rutherford has been an international star since 1989, when her short-lived soaper Generations somehow became a massive hit in Turkey. This pale blonde beauty remains a Turkish delight to her fans at home, too, most notoriously for her role as Dixie Cousins on the hipster western TV show The Adventures of Brisco County Jr. There's also been a short stint on Melrose Place and a sexy spy turn on the recent TV show Threat Matrix. Kelly's also taken the occasional break from TV to get sexy on the big screen, most notably in Scream 3 (2000) and Angels Don't Sleep Here (2000), in which Kelly's smallish Rutherfords can finally be glimpsed amongst some hot simulated sex.

The Adventures of Brisco County Jr. - as Dixie Cousins

Get Real - as Laura Martineau

The Great Defender - as Frankie Collett

Kindred: The Embraced - as Caitlin Byrne