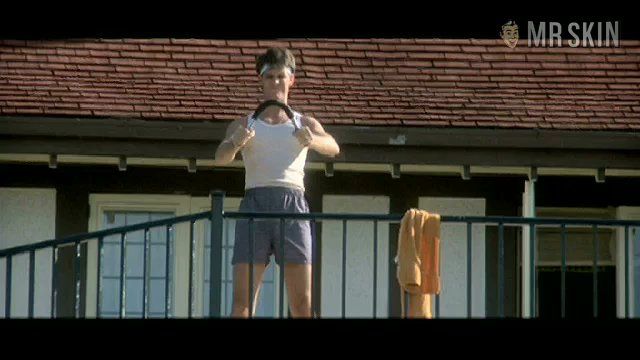 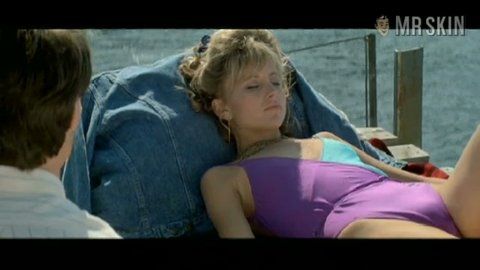 Deborah Goodrich got her big break with a bit part as a dancer in the Tom Hulce romantic comedy Those Lips, Those Eyes (1980). Unfortunately, she was one of those dancers who wear their clothes the whole time they're on stage. So, lots of eyes, but no lips in that movie. (Swing and a miss.) A few years later, the bitty-boobied blonde beauty landed a recurring role as "Connie Wilkes" on the long-running hit soap opera All My Children, which, much to our collective chagrin, put quite a damper on Deborah's skinitudity. (Strike two.) After her stint on Children came to a close, Deborah turned her attention back to more skinematic endeavors, taking on a supporting role in the gender-bending comedy Just One of the Guys (1985). Although she shared a nice lesbian lip-lock with the film's star, Joyce Hyser, Deborah neglected to get out of her clothes for the role. (You're out!) Thankfully, Deborah finally took on a steamier (albeit fully clothed again!) part in the horror flick April Fool's Day (1986). There isn't a nipple-slip to be seen, but thankfully she's in a nice little scene clad in a rather sexy bathing suit. Watch for the camel toe!

All My Children - as Connie Wilkes (aka Silver Kane)