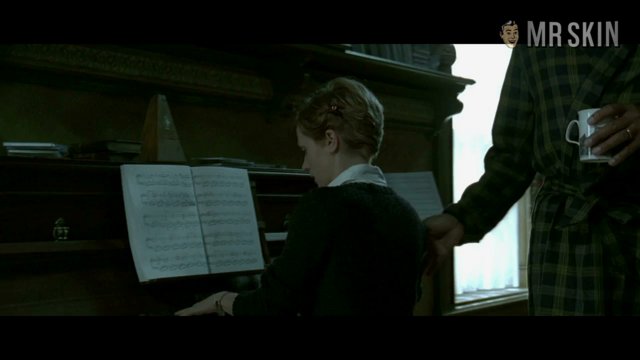 Unleashed (2005)
Nude, breasts 01:10:43 Bob Hoskins attempts to bang Danielle on a desk and we see her dairy-pumps. Most excellent.

One of the numerous one time actresses who popped up in an action movie just to show some rack was Danielle Louise Harley. She played the role of Floozy 2 in one of Jet Li’s martial arts extravaganzas, Unleashed (2005). Bob Hoskins in the movie plays a bad dude who knows how to dress well, and in Danielle’s scene he has her spread out on the table with her nips poking out of her dress. Once the chained up Jet Li comes into the scene and yells, it scares Danielle up out of the situation. Unfortunately we’ll probably never get to see that blonde’s knockers again, since there’s a ten year gap in between us and her most recent film project. But the brief moment she laid out her lickers for the world to see will always be right here waiting.

5 Pics & 1 Clip
Nude, breasts 01:10:43 Bob Hoskins attempts to bang Danielle on a desk and we see her dairy-pumps. Most excellent.
Live Cams - View all