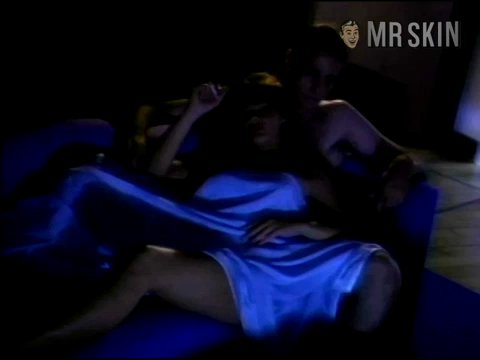 screaming candles tied up tied to table on tv

Sexploitation siren Dakota Summers first caught Mr. Skin’s unblinking eye when she shared the screen with softcore starlet Amber Newman and Hall of Fame actress Debbie Rochon in that masterpiece of occult eroticism Satanic Yuppies, released on Halloween in 1996. Dakota displays dollies and dong-door as a torture victim shown as a video on someone’s TV. Despite being a video of a video, twice removing the viewer from the action, the sight of Ms. Summers’s naked knockers and nookie still manages to induce bone in all but the legally blind. North or South, Dakota’s got the goods!