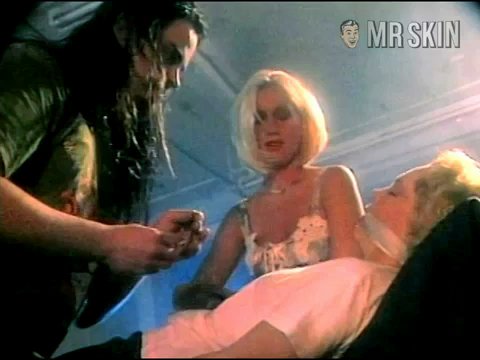 Satanic Yuppies (1996)
Nude, breasts 00:39:00 Bound and gagged Kindra gets her shirt and bra chopped off so her sweet bazooms can air out. 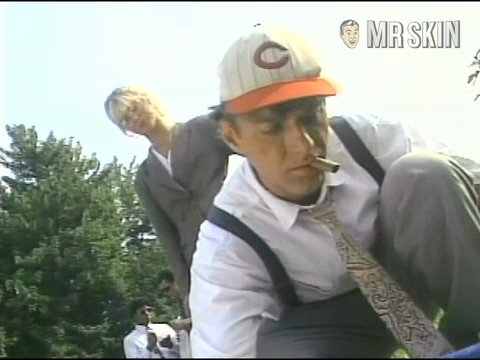 The mid-90s were a wild time, especially for actresses like Kindra Laub that came and went in that glorious period where skin flicks were all the rage! Kindra made her screen debut in the cheapie horror film Evil Ambitions (1996), also known as Satanic Yuppies. She followed that up with a role as "Party Girl" in Live Nude Shakespeare (1997), which sounds like the best history lesson imaginable! She would make only one more film, 2001's April's Fool, before disappearing from the limelight forever, but thankfully we have her nude scene from Satanic Yuppies to keep us occupied! Check out Kindra's casabas as she gets tied up and has her chest cut open! There are some pre and post heart removal shots, so depending upon your affinity for gore, you can choose either! Whichever you choose, there's no doubt that Kindra Laub will help you produce one heck of a glob!

6 Pics & 2 Clips
Nude, breasts 00:47:00 Some people happen upon Kindra's dead bod. Her hearts been cut out, but thankfully, her tits remain intact.
Nude, breasts 00:39:00 Bound and gagged Kindra gets her shirt and bra chopped off so her sweet bazooms can air out.
Live Cams - View all