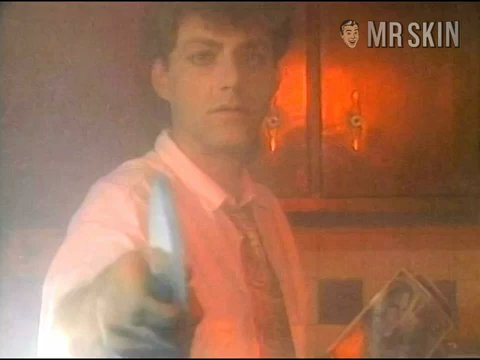 Amy Ballard is a Texas titty, who has devoted her career to being a scream queen par excellence. The dark-haired beauty entered the field with devil-worshiping horror flick Evil Ambitions (1996), which also goes by the name Satanic Yuppies, which we think is a bit redundant. The movie does give us a nice look at her naked rack, though, so we’ll be forgiving. Then she took a break to hone her sexy comedic talents in Live Nude Shakespeare (1997). Who says a low-budget player can’t have range? She returned to the gore with Zombie Cult Massacre (1998), a nice hybrid of bikers and the undead with a religious cult angle for the spiritual among you. Last seen as a Topless Dancer in Forgive Me Father (2001), we hope she continues to sin on screen for years to come.