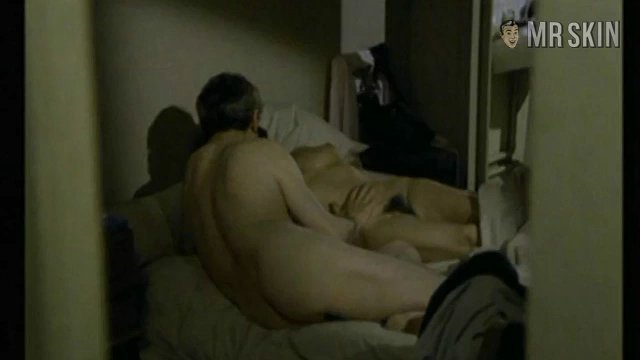 Un mauvais fils (1980)
Nude, breasts, bush 00:57:00 Claire is full-frontalectable while in bed with her hubby. She tries to cover up when Patrick Dewaere walks in, with little success!

Claire made her first appearance on the French Cinematic Scene in 1953 with a bit part in Un caprice de Caroline chérie. Her five-decade-long career has since spanned just about every form of film and television production one could imagine and she shows no sign of letting up.Unfortunately, Claire’s career started back when Skin on Screen wasn’t exactly accepted as “the norm,” even in France, where the liberation of the naked female form on film was among the first to come about. Thus, it wasn’t until she was in her early-50s that she would finally bare herself on celluloid in 1980’s Un mauvais fils, a role which landed Claire a César nod for Best Actress the following year. Unfortunately, Claire missed her chance at the coveted statue but her efforts didn’t go unnoticed. We here at Skin Central were quite impressed by her incredible though middle-aged physique during her full-frontal flashes in the film. Aside from such ladies as Bo Derek and Susan Sarandon, not many women can look that hot at that age. In our humble opinion, Claire should have won the César for that reason alone!

3 Pics & 1 Clip
Nude, breasts, bush 00:57:00 Claire is full-frontalectable while in bed with her hubby. She tries to cover up when Patrick Dewaere walks in, with little success!