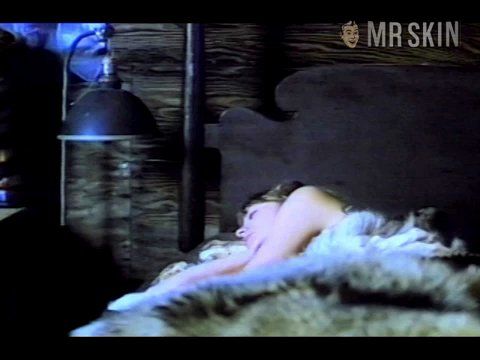 City Limits (1985)
Nude, breasts 01:02:00 Kimmy wakes up to find a magazine page stuck to her boob. Great rack, as always. Kim is nothing if not consistent.

When a deadly plague sweeps across the planet, survivors huddle in fear of what’s coming from just beyond the City Limits (1985). A bleak and haunting sci-fi thriller, Aaron Lipstadt’s film is set in a world where roaming biker gangs clash in the streets, causing civilization to yield in favor of violent anarchy. There are, however, a few glimmers of hope amongst the carnage and killing. Sex and the City star Kim Cattrall plays one such ray of sunshine--a biker babe who lifts a magazine off her rack in a fleeting but irresistible scene.

Nude - as Woman in desert