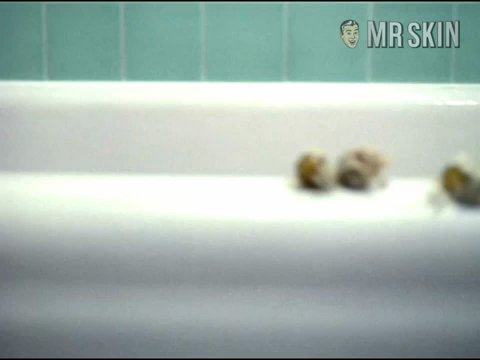 Chastity (1969)
Nude, breasts, butt, body double 00:27:00 BODY DOUBLE: Chastity proves less than chaste as she eases out of the bathtub and into a towel. Awesome Sonny Boobos and Sonny Butto, but they ain't Cher's!

Love inspires people to do great things, and it inspired Sonny Bono to write the script for the movie Chastity (1969) with the acting debut of his then-wife, Cher, in mind. In 1969 Cher was one of the leading lovelies of the counterculture, a svelte and sensual, doe-eyed enchantress who was at once exotic and as familiar as the barefoot, love-bead-wearing runaway next door. True to type, the olive-skinned, slinky-hipped sizzler plays a runaway chick who has semi-sexual encounters along the road with almost every guy who picks her up. At one point the dream-date drifter winds up doing odd jobs in a Mexican bordello. Fur almost flies when the tasty dish catches the roving eye of the lusty woman who runs the place.