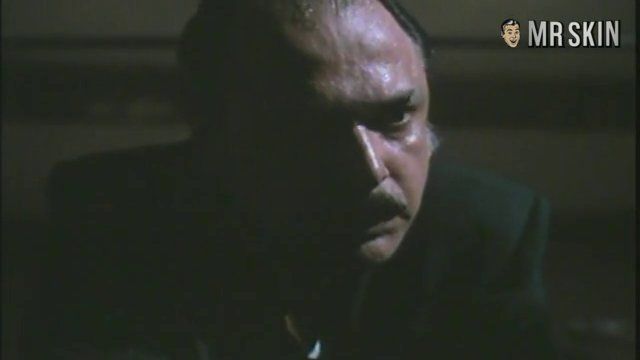 Cat Chaser (1989)
Nude, breasts, butt, bush 01:02:59 Annoyingly dark full-frontal as a sleazebag makes her disrobe and then runs a gun over her body. There's some ass as she runs out of room and tits as she signs paper.

Novelist Elmore Leonard’s books have been the basis for a ton of taut films simmering with the realized potential for violence and sex, with Jackie Brown (1997) and 52 Pick-up (1986) being two of the best realized among them. Benefitting from a script co-written by Leonard, maverick director Abel Ferrara has fashioned an edgy exploration of the power of sexual attraction to lead a man to the brink of extinction with Cat Chaser (1989). Robocop Peter Weller stars as a potentially violent wayfarer lured to an exotic, dangerous locale, where he succumbs to the potent sexual allure of an adventurous enchantress played by Kelly McGillis and risks the wrath of her murderous husband. Sexy Kelly may be worth both dying and killing for.