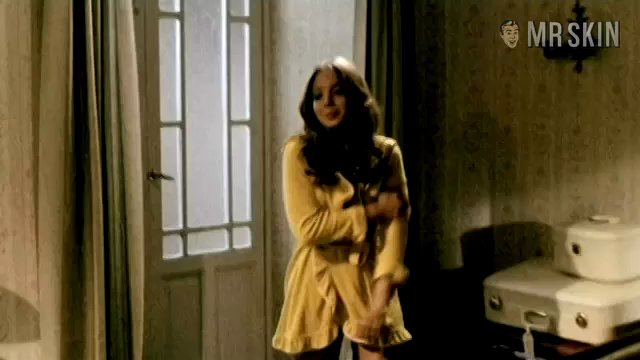 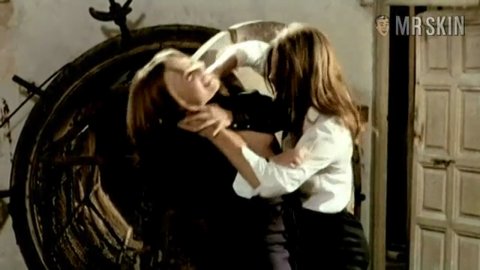 Werewolf's Shadow (1971) Nude, breasts 00:24:00 Barb's boobs are briefly busted out when her blouse bursts during a catfight. Sweet! 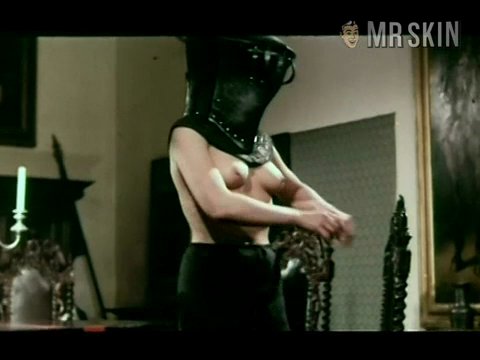 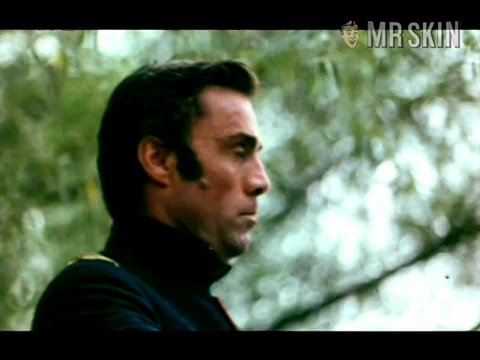 Brunette beauty Barbara Capell first made a name for herself in pants around the globe when she appeared in the West German comedy The Blonde and the Black Pussycat (1969). She plays neither role, rather Monique, but her scene, in which a black knight removes her armor to reveal the soft white flesh beneath the cold hard steel, is sure to lance-a-lot of men’s passions. She next appeared in the cult Spanish horror film Werewolf Shadow (1971), which is rife with kinky sex, a nude fight scene, and even some skingoria for the sickies out there. Sadly within a couple of years of appearing in that she disappeared off the big screen forever. But at least we’ll always have some skin to remember her one-handedly.

4 Pics & 2 Clips
Nude, breasts 00:24:00 Barb's boobs are briefly busted out when her blouse bursts during a catfight. Sweet!

6 Pics & 2 Clips
Nude, breasts, butt 00:54:00 You may think that's the Black Knight standing there, but he removes his armor and--by god, he's Barbara Capell! And she's showing T&amp;A!
Nude, breasts, butt 01:10:00 The only thing can could put a halt to a bloody duel is the sight of Barbara, her boobaras, and her bunnaras.
Live Cams - View all