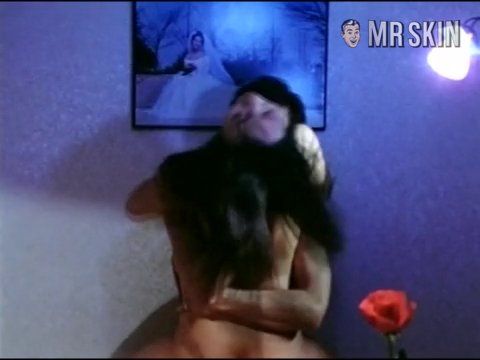 Like Alice Poon and Fabienne Babe before her, Eun-jin Bang is blessed with a last name that accurately describes the allure of her physical assets. Born in Korea, the delectable, delicate-featured doll debuted with a big, meaty role in the award-winning political drama Taebek sanmaek (1994). From there she starred in 301 / 302 (1995), a wildly popular cult thriller that found Eun-jin playing a slinky chef who spices up her creative cuisine not with salt and pepper but with skin. Who needs S&P when you’ve got T&A? Eun-jin is definitely the real dish here! Unfortunately the comely Ms. Bang hasn’t bared her thangs onscreen since, though she worked steadily in high-profile flicks such as Ki-duk Kim's Address Unknown (2001). She all but retired from acting after 2003 to concentrate on other aspects of film; in 2005, Bang stepped behind the camera to direct her first film, Orora gonja, which she also wrote.

3 Pics & 1 Clip
Nude, breasts, butt 01:11:00 B-cups and some buttocks when she gets nude in the kitchen to make love to her hubby. Then brief boobs afterwards...
Live Cams - View all