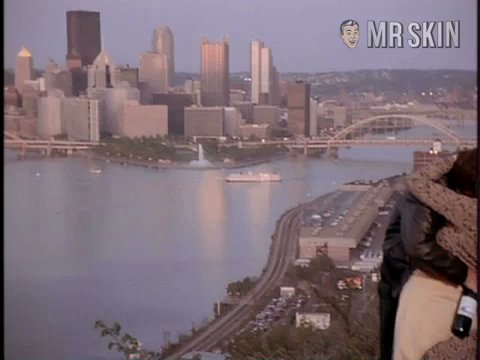 Backstreet Justice (1994)
Nude, breasts 00:33:00 It's an onslaught of eye-popping breastage when lovely Linda and John Shea get down to a little pushy, shovey, rough-you-up sex.

Pittsburgh police lady Linda Kozlowski returns to her home town to clean up streets and clear up names in writer-director Chris McIntyre's Backstreet Justice (1994). Linda's pops was fired from the police force for things he didn't do, so naturally she's out to figure out a way to put the polish back on the family name. But first she has to deal with the rough-and-tumble streets of McKees Rocks, where gender bias and her dad's bad rap are making her job a lot tougher than it ought to be. On top of all that, a serial killer has popped up, and to get to the bottom of the case Linda goes undercover as an old lady . . . only to find herself under another cop! Why won't they take her concerns seriously? What are they hiding about the killings? Can Linda crack the case on her own? It's going to be tough, since her boss, a bigshot gangster, and even her detective paramour John Shea are against her.