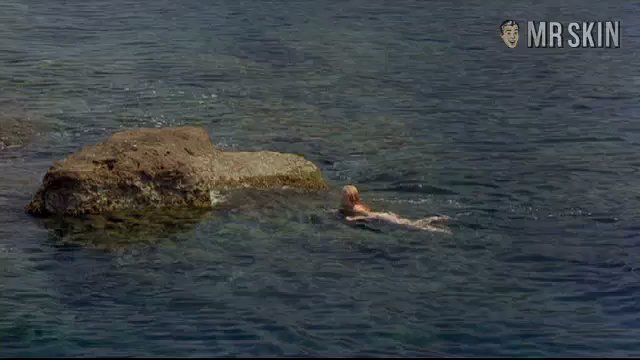 Avanti! (1972)
Nude, breasts, bush, butt 01:23:11 Long and far-off shot of Juliet skinny-dipping over to a rock, followed by a decent view of her juicy lemons as she suns herself while talking to Jack Lemmon.

Avanti! (1973) is the tail end of a series of screwball comedies from director Billy Wilder and star Jack Lemmon. Unlike the earlier flicks of the '50s and '60s, this one goes randy one further by adding skin. Lemmon is a stiff American businessman who is in Italy to claim the body of his dead dad, who passed on while making whoopee with his mistress. The apple doesn't fall far from the tree, and the stiff businessman gets a stiffie for the mistress's daughter (Juliet Mills). And it's no wonder, with Juliet showing off her impressive rack and tush in several steamy scenes. There's also some brief topless time from Giselda Castrini. This Italian job gets you off and leaves a smile on your face.