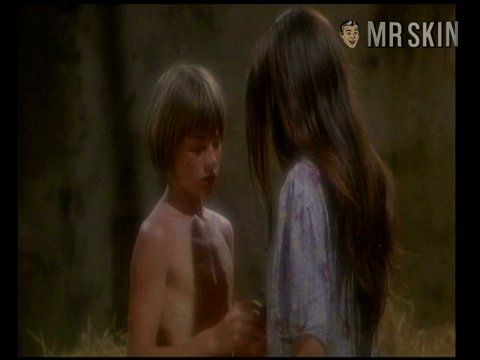 There’s a French comedy on the boob tube called Série rose, which has featured nudity from dozens of French ticklers and even the olives of Spanish fly-girl Penélope Cruz. So it’s no surprise that Anne Fontaine showed up in a too-tight bustier from which her fine ass and ample breasts kept under- and overflowing. Such big talent needs a big screen, and Anne made her feature nude debut in Tendres cousines (1980), following that up with P.R.O.F.S. (1985), the breast look yet at her heavy hitters. It’s been too long since Anne has brought the girls out to play, but the French are nothing if not willing and able to pull a rabbit out of a hat--the rabbit being their breasts and the hat their shirts.