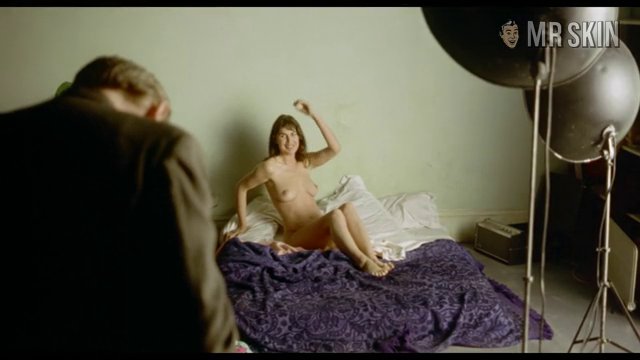 Love Is the Devil (1998)
Nude, breasts, butt, bush 00:16:48 Full nudity from the gorgeous Annabel as she poses for pictures taken by the world's creepiest cameraman!

The lithe and lovely Annabel Brooks has a knack for turning up in some of the best cult flicks of all time! After making her debut in two 1987 cult classics, Cherry 2000 (1987) and Nightflyers (1987), Annabel would turn up periodically in other notable flicks like Nicolas Roeg's adaptation of Roald Dahl's The Witches (1990). Annabel's most skinsational role of all came in another cult classic, Love is the Devil: Study for a Portrait of Francis Bacon (1996), where she went all out... and bared all! During a scene where she poses for an uber-creepy photographer, Annabel doffs her duds and shows off her fun bags, fur, and fanny! Ms. Brooks is tops in our book!