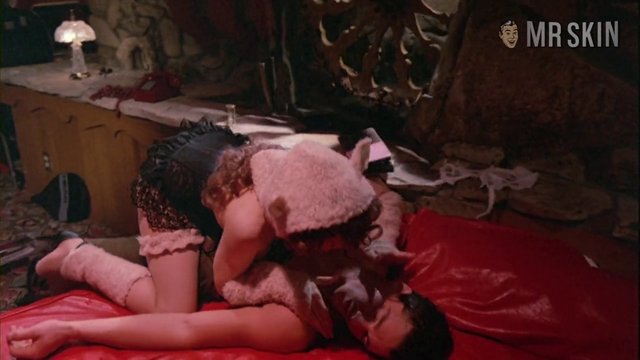 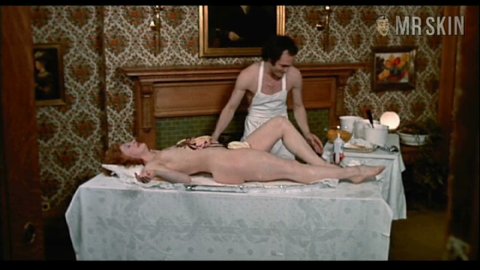 The Happy Hooker (1975) Nude, breasts 00:59:00 Cute bazoobage as Morris lies naked on table, her john turning her into a human chocolate sundae. That'll split your banana! 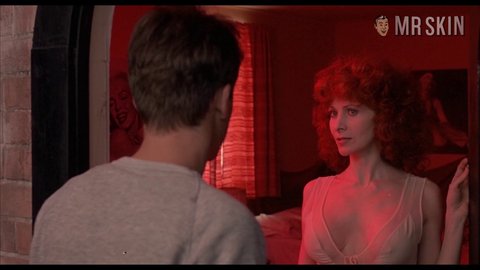 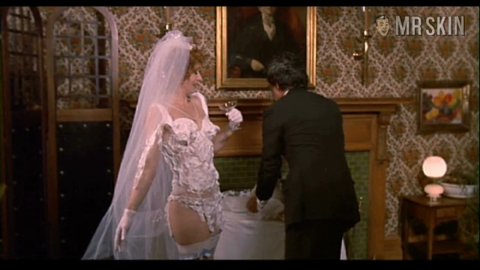 Anita Morris first appeared in movies back in 1972, but it wasn't until she lost the lead of Xaviera Hollander to Lynn Redgrave in the pants-popping feature The Happy Hooker (1975) that people took notice. Thankfully, the part Anita did get offered ample room to show off both her orchestra and balcony. It proved to be her only skin offering, but what a whopper--and we had it our way. She went on to appear on the series The Berrengers in the mid '80s before finding real success on the big screen with the classic comedy Ruthless People (1986). She also appeared in the really strange, albeit nudity-filled, Aria (1987), but, alas, she remained clothed throughout. Next, Anita cuddled up to George Burns in the comedy 18 Again! (1988), which made the aging comic feel not only 18 years old but 18 inches hard! By the early '90s Anita was working her sweet stuff on the hit mini-series Trade Winds. Her last role was in Radioland Murders (1994). She died of cancer that same year. Voyeuristic lust just hasn't been the same since she's been gone. We miss Anita Morris!

6 Pics & 2 Clips
Nude, breasts 00:59:00 Cute bazoobage as Morris lies naked on table, her john turning her into a human chocolate sundae. That'll split your banana!
Nude, breasts 01:24:00 Anita's teat-as get revealed when she gets a champagne shower to wash off all that sticky whipped cream.

Down and Out in Beverly Hills - as Barbara Whiteman