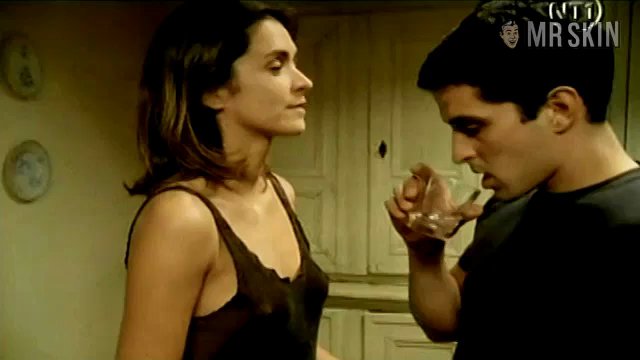 Mr. Skin’s pick for most arousing Frenchie would have to be Amélie Pick, a blue-eyed brunette beauty who first shared her hidden talents in L’Homme idéal (1997). The comedy found Amélie blonde and topless in a restroom with a couple of popeyed guys. Eyes popped even further when she landed a role in the made-for-TV drama Retour à Fonteyne (1999). She pulled off her top for a booby invitation that her boyfriend accepted by making out with her on the dinning-room table. That’s a dinner party anyone would love to attend.

French in Action - as Annick