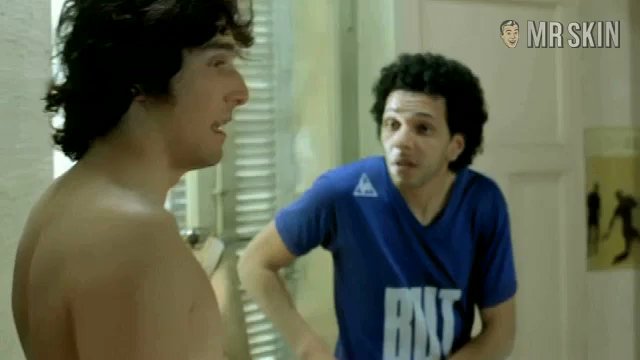 Slinky, seductive and oh-so-French, delicious Delphine MacCarty is a European character actress on the rise. Delphine began to make a name for herself in her native land in the notable made for television films Cassidi et Cassidi (1997)and L'Amour dans le desordre (1997). Madamoiselle MacCarty created her greatest impression on these shores in a supporting role in the controversial arthouse entry Baise Moi ("Fuck Me") (2000). To date, boisterous brunette Delphine's most Skintriguing appearance was in the French flick La Parenthese Enchante (2000). Billed, not surprisingly, as "Naked Girl," the film finds Delphine first engaging in a sexy, full-frontal shower sequence with similarly billed co-star Isabell Le Nouvel and then revealing more of the same when she slips into bed by herself. Let's hope there's a lot more to come from this latest arousing blip on the international radar.