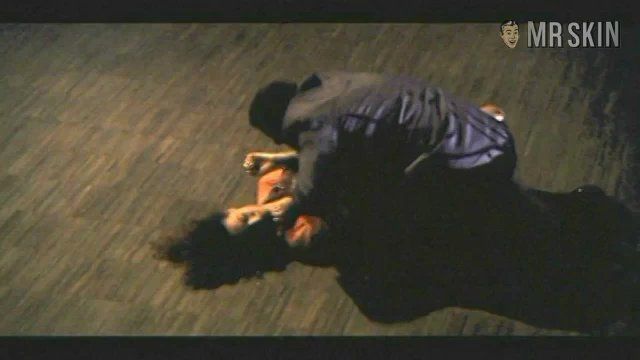 The career trajectory of many an actress starts with a boob-tube appearance and moves on to the big screen and then, finally, off come the clothes. That’s where Skin Central comes in. And so we are delighted to report yet another French actress has made the journey. Alika Del Sol is a pretty brunette with kinky curls, an olive complexion, and big eyes like saucers of milk. Her milk jugs aren’t bad either. They have only shown up once onscreen to date and that was in the drama Féroce (2002) about the fascist right in France. The fascists may not be right, but there’s nothing wrong with Alika’s rough-sex right-nipple exposure.